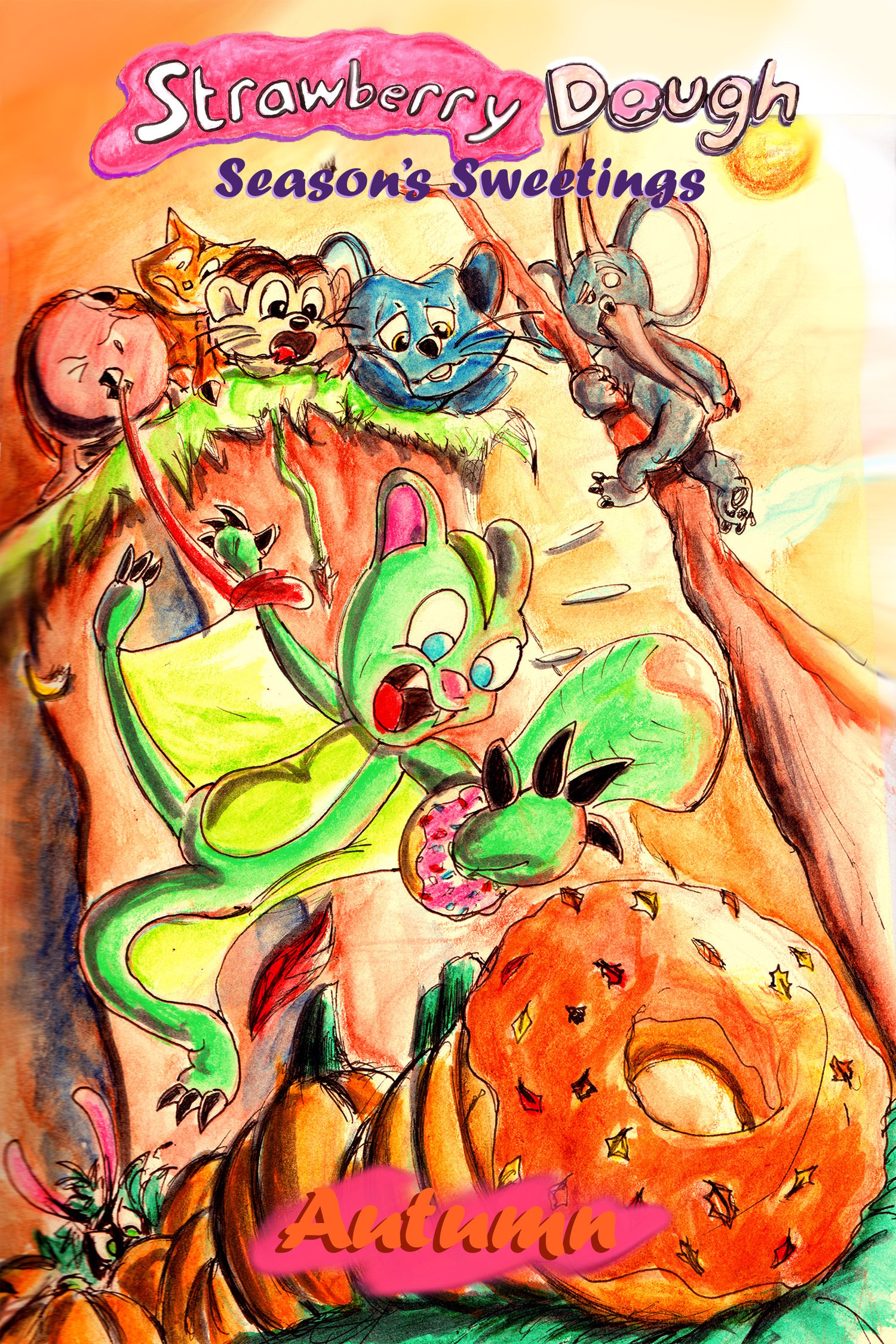 What do all creatures of Earth fear when a four month period ends and another begins? More festive snacks to salivate over! Squishy the Sugar Glider and his outback folks Alaok, Hedgehog, Echidna, Bandicoot and Wombat are returning in the first of a four- part series based on the four seasons of the year! Expect maple frosting, pumpkin spiked cookies and cinnamon apples to keep doctors away from small animals. Oh, and there's a new character lurking in the shadows waiting to throw Squishy off his game.